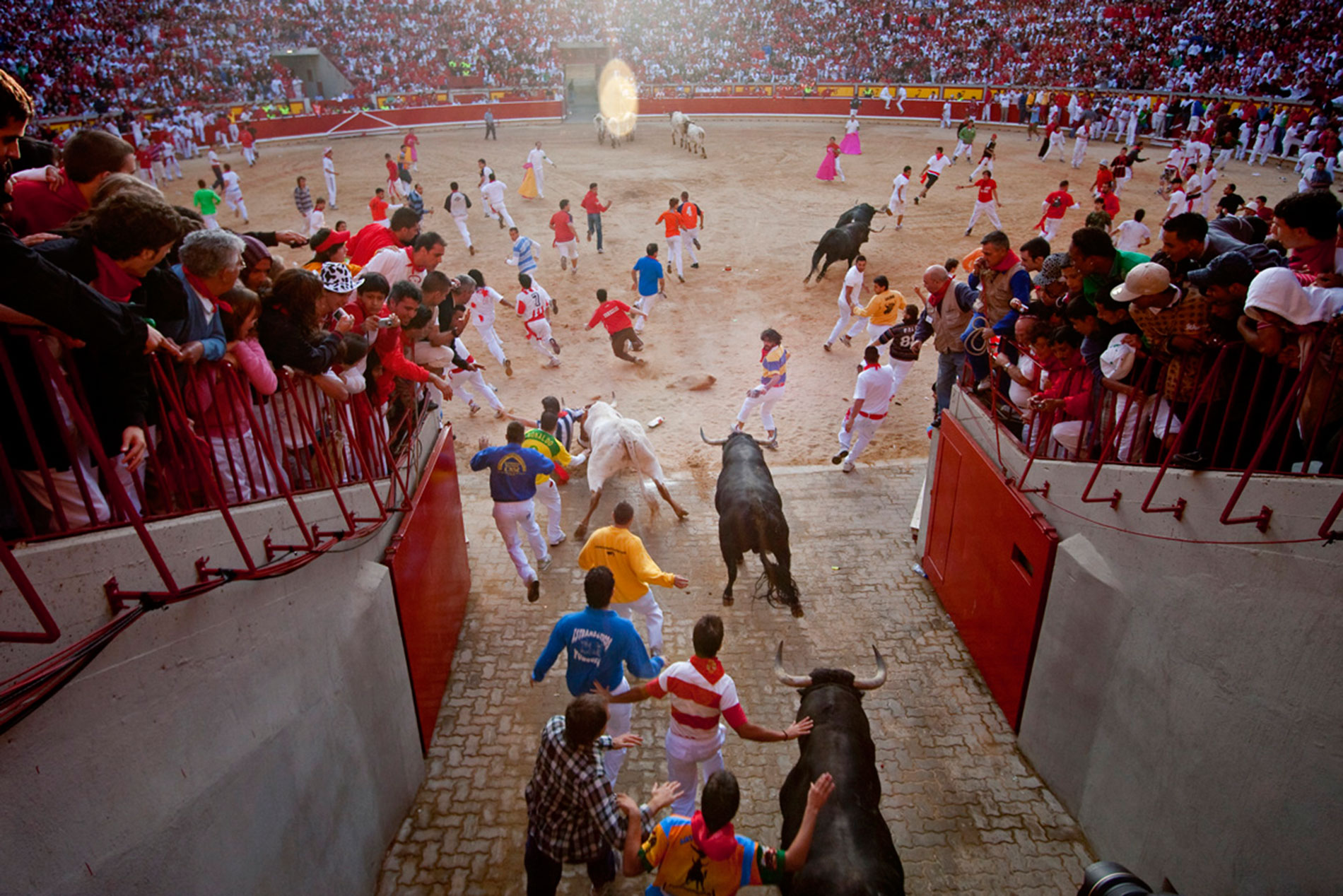 What is bull running all about?

Formally the Encierro or bull running was the transfer of the fighting bulls through the streets, along an 850 metre route, from point A (the pens at Santo Domingo) to point B (the bullring). This transfer, which used to be a necessary part of the bullfight, and which is no longer the case today, lasted approximately two and a half minutes and was conducted with some 3,000 onlookers. However, as we are all aware, bull running is a great deal more than this cold and objective description.

The bull run, which is the most important act in the San Fermin fiestas, has become the symbol of Pamplona and has given the city international fame. Each morning the bull run mobilises 3,000 runners, 600 workers, 20,000 spectators in the streets and bullring, plus a further million people watching the run on TV. It can therefore be affirmed that never in Pamplona have so many pairs of eyes scrutinised each square metre of the streets than at eight o'clock in the morning on the 7th July.

Although the characteristics of the bull run, such as amateurism, make it comparable to a sports contest

In addition to the regulations imposed by the bylaws of Pamplona and the Navarre Act on bullfighting events, described in another section of this website, in order to participate in the bull running with some "guarantee" of success, a series of recommendations need to be followed as dictated by the experience of those runners who have run dozens of bull runs over many years:

This site uses cookies. By continuing to browse you accept their use.